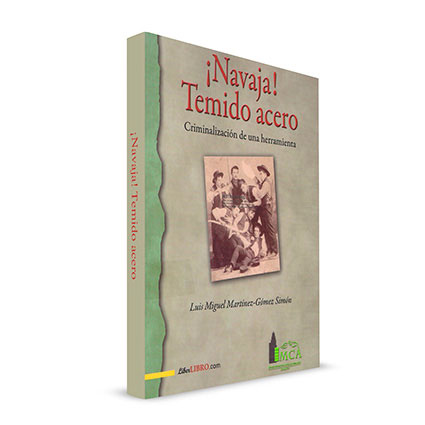 Is the folding knife a criminalized tool? This is the initial question raised by the author throughout the first part of this volume. He tries to verify the negative vision that the society has about the pocket knife, constituting an inseparable duality -delinquency and pocket knife-, where its presence as a weapon prevails over the dimension of domestic and useful tool necessary for the daily activities. In the second part of the study, the author tries to know if this duality is or is not based on scientific foundations. He tries to show whether the statistics reveal that the folding knife is a piece of evidence in a significant number of crimes, that is to say, if the pocket knife’s presence in the commission of criminal offenses is of sufficient magnitude to justify the hardening of the treatment that the pocket knife receives in the Spanish weapon laws. This is, primarily, a research work with an informative dimension that for its amenity facilitates the reading. 223 pages. Author: Luis Miguel Martínez-Gómez Simón. Spanish.